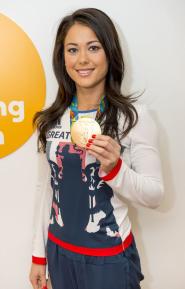 Gold medal winning Sam shot to stardom after she played a key role in the team that won Team GB’s first ever women's hockey gold at the 2016 Summer Olympics. With a career that also saw her win a team gold medal at the European Championships in 2015, as well as her captaining England during the 2014 Champions Trophy, Sam has now put down the hockey stick and picked up the pen and writes for the Mirror and presents on 5live.