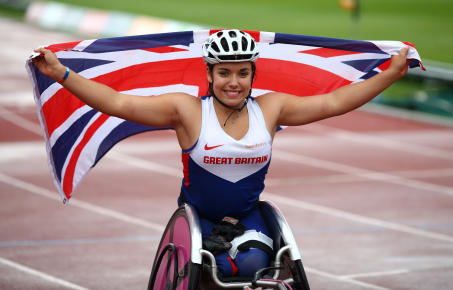 Jade is one of the most exciting talents in British Paralympic sport. Having made her debut in the T54 400m, 800m and 1500m at London 2012, she reached the finals of all three disciplines at the 2013 World Championships, won a 1500m Commonwealth Bronze medal in 2014 and won Silver and Bronze in the 800m and 1500m in the 2014 European Championships. After breaking the 1500m British record in 2017, she switched her attention away from the track and towards Paratriathlon and marathon. Jade is a super speaker who knows what it takes to get to the top. She is an extremely self-assured and ambitious young athlete she was the face of the SSE advertising campaign for the Glasgow Commonwealth Games, was shortlisted for BBC Young Sports Personality of the Year, has commentated for Channel 4 during the IPC World Championships and is currently juggling her training with studying for a law degree.