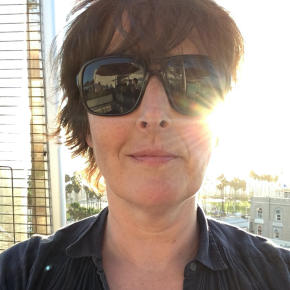 Dilly Gent. Sometimes a producer, other times a creative director - but always a fixer. Her M.O is best defined as that of a vision crafter. She’s been the secret sauce behind many artists, helping to steer them in the right visual direction, and inspiring others to take up a path that rings more true to who they are. Dilly spent 16 years as Radiohead’s Creative Director, earning a Grammy Nomination for the feature length documentary ‘Meeting People Is Easy’. In 2005 Dilly launched ‘From The Basement’ with music producer Nigel Godrich, a global music TV series featuring artists such as The White Stripes, Beck, Sonic Youth, and Radiohead. In 2007, Dilly executive produced 60 short films for Al Gore’s Live Earth campaign. Dilly has since created projects designed to deliver a green message through music and film.