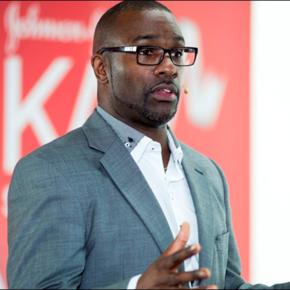 Derek spent years at the top of his game as a successful athlete in relay teams as well as a 400m solo runner. But during the semi-final of the 400m at the 1992 Barcelona Olympics, his life was to change forever. Just as Derek passed the 250m mark he tore his hamstring. Determined to finish the race he hobbled to the finish line with the help of his father as a 65,000-strong crowd cheered him on. This incident has since been voted one of the Olympics’ most inspirational moments by US network NBC and even referenced by Barack Obama in a presidential speech. This injury signalled an end to his athletics career, but Derek's story is now one he shares as a motivational speaker across the globe, inspiring all those that see him to never give up. Derek has delivered talks for Tesco, NHS, Jaguar, Ladbrokes, Loyds and Kodak