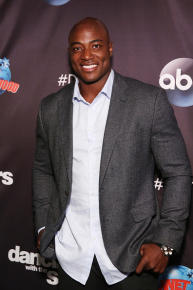 Performing at Your Best Under Pressure

All of us in our career fear getting the sack, but not as much as NFL receivers feared getting dumped by the Sack Master himself, DeMarcus Ware. The former NFL defensive end and outside linebacker played in the National Football League for the Dallas Cowboys and Denver Broncos and earned a reputation of being one of the best ever to play in his position. He earned seven consecutive trips to the Pro Bowl while playing for Dallas and a further two with the Broncos and was named to the NFL 2000s All-Decade Team. A dangerous pass rusher during his career, he played a key role in the Broncos Super Bowl 50 win over the Carolina Panthers, before signing a one day contract with Dallas, so he could retire as a Cowboy. Ware is also a member of the Troy University Sports Hall of Fame and the Senior Bowl Hall of Fame and most recently been announced as a member of the Alabama Sports Hall of Fame Class of 2021. DeMarcus is a guy who got to the top of his game and is now on hand to motivate you to get to the top of yours.