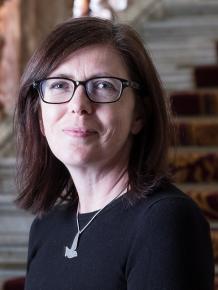 Lindsay is the director of the Graduate School at the Open University.

Lindsay is interested in ‘difference’ in terms of concepts such as cultural identity, geographical location, gender, ethnicity, age and (dis)ability. This has led her to become involved in a number of projects such as a DelPHE/British Council funded project to work with the Royal University in Phnom Pehn (where she was an adjunct professor to the Psychology Department) and an ESRC funded project to examine young people’s unusual work roles (including young people who act as young carers and language brokers).

- Constructions of child development in contemporary society, including issues of disability, Neurodiversity, migration and 'culture' - Neurological difference and the construction of autism - Understandings of non/normative development

Her key teaching interests are within the children and young people area, particularly:

She is interested in acknowledging 'difference' in teaching situations, including difference around gender, 'culture', ethnicity, (dis)ability and geographical location. She have a strong commitment to equal opportunities and valuing diversity.