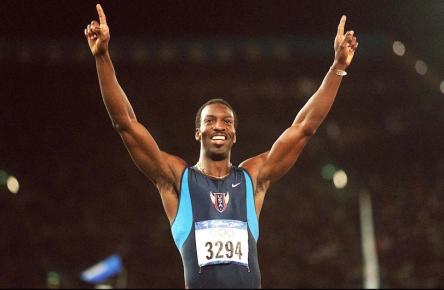 Performing at Your Best Under Pressure
Philanthropy and Sport for Development

For most professional sprinters, their time spent on the track in the nineties went by in a blur. That blur was Michael Johnson passing them with ease. The best 200/400 metre sprinter in the history of the sport of track & field, Michael dominated the international scene winning a spectacular 19 international gold medals. Michael credits his achievements to a consistent philosophy of success. He learnt early on that the amount of success he experienced was directly related to his level of effort, but beyond that he worked on the principle that to be successful in anything an individual must start with a goal. Away from the track, Michael is a seriously successful businessman and is the founder of ‘Michael Johnson Young Leaders’, which provides young people from around the world who have faced and overcome adversity with the tools to achieve a better future for themselves and their communities. It’s no surprise that Michael is also an excellent mentor and motivational public speaker who has given speeches for some of the biggest brands on the planet. Catch him if you can.