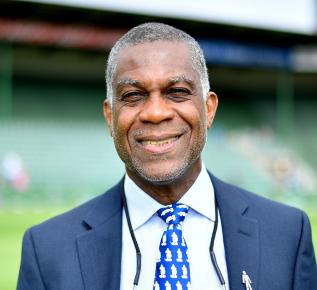 Whisper his name to cricket fans worldwide, and Michael is a gentleman who needs no introduction. A renowned Jamaican cricket commentator and former cricketer, Michael rose to fame through his legendary performances for the West Indies cricket team. Early in his Test career, Michael quickly showed himself to be a star of the sport when he broke the record for best bowling figures in a Test match by a West Indies bowler with 14 wickets for 149 runs. Seen as being one of the best fast bowlers ever to have played Test cricket, he was nicknamed "Whispering Death" due to his quiet approach to the bowling crease. Since silently taking his last victim at the crease, Michael has gone from whispering to talking, spending the last 22 years as a Sky Sports cricket commentator.