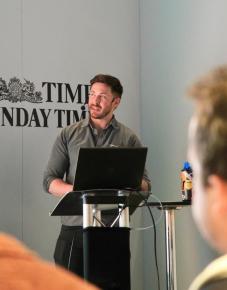 After suffering from depression and anxiety as a teenager, Matt accidentally found his way into a world of adventure from an accidental ‘yes’. After finishing school and college, he accidentally accepted a job in South Africa where he spent nearly a year working at a rehab for injured wildlife. This trip sparked his love for travel leading to Matt walking the length of Central America solo where he took on jungles, volcanoes and even the murder capital of the world. Returning to the UK, Matt struggled with the 9-5 jobs, so set his sights on turning his love for adventure into his career. Since then, Matt has organised and looked after the world record attempt for handcycling from Lands’ End to John O’Groats with Mel Nichols the paralympian and now leads groups around the world sharing his passion for adventure.