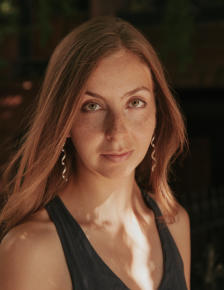 , NYC (travels either way for keynotes), US - West Coast

Maria is a New York Times bestselling author, journalist, psychologist, and professional poker player. Her first book The Confidence Game, was winner of the 2016 Robert P. Balles Prize in Critical Thinking, while her follow-up 'Mastermind: How to Think Like Sherlock Holmes,' scored wide critical acclaim. However it’s her recent book 'The Biggest Bluff,' has the most interesting side story as while researching the book, Maria became an international poker champion and the winner of over $300,000 in tournament earnings. Away from winning big, Maria is a regularly contributing writer for The New Yorker whose writing has won numerous awards, including the 2019 Excellence in Science Journalism Award from the Society of Personality and Social Psychology.