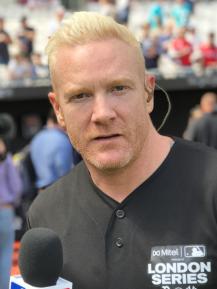 Despite being the British 400m record holder and Olympic silver medallist, Iwan started his life in sport as a BMX champion and England schools rugby player. But a life in spikes called to him and shortly after choosing an athletics career he broke Seb Coe’s 400m student record. Iwan clearly made the right choice as the charismatic runner, won gold at the Commonwealth Games, European Championships and the World Cup all in the same year. Iwan has run the London Marathon 9 times and is a hugely successful host and in-stadium Presenter and reporter for BBC1’s The One Show. A firm believer in enjoying what you do, Iwan’s can-do attitude and words to the wise make him an inspiring coach and mentor.