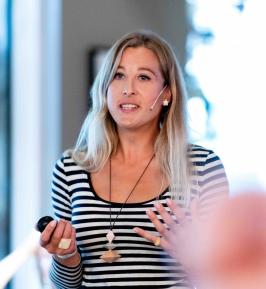 Stop the Stigma: The Importance of Speaking Up
10% Happier
Bouncing Back and Moving Forward

Charlie is a game changer in motorsport. Her inspiring story has captured the imagination of people around the world, proving that she represents a paradigm shift in motor racing. Charlie has fought continuously to overcome adversity throughout her life, having lost both her parents at a young age. Entering motorsport without anyone supporting is hard enough, but she also realised she identified as transgender from as young as seven, transitioning to live as female midway through her career in 2012. In 2018 she took the brave step of coming out as transgender within motorsport and has educated and inspired thousands in doing so. As a transgender woman in motorsport, she occupies a unique role within her sport and the LGBTQ+ community, having faced incredible adversity to become her true authentic self. Her powerful and inspiring story of overcoming adversity and stigma has made her one of the most inspiring speakers in both sport and the LGBTQ+ community.